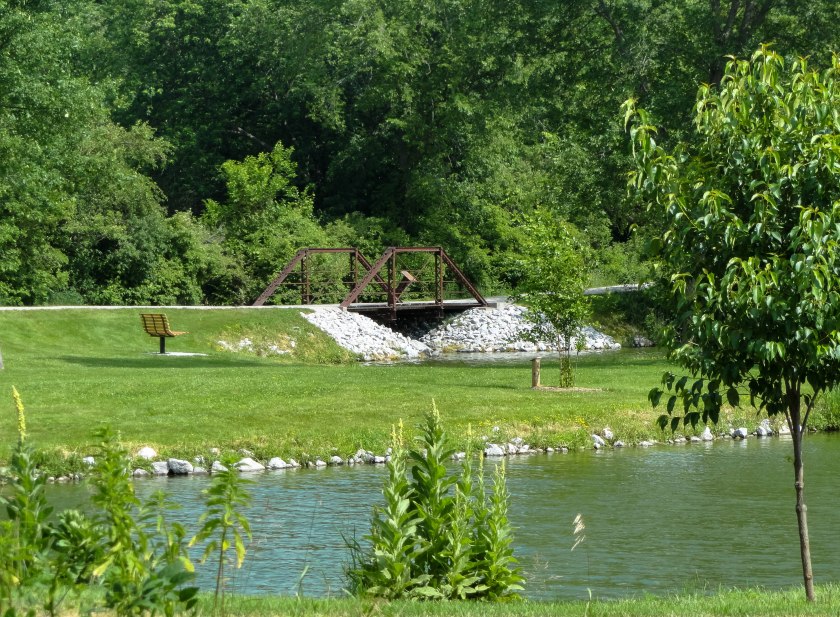 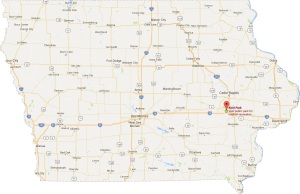 Kent Park is a neat little place with a lot more variety than I initially anticipated. There has been a lot of work put into this park, which made for a very enjoyable hike. 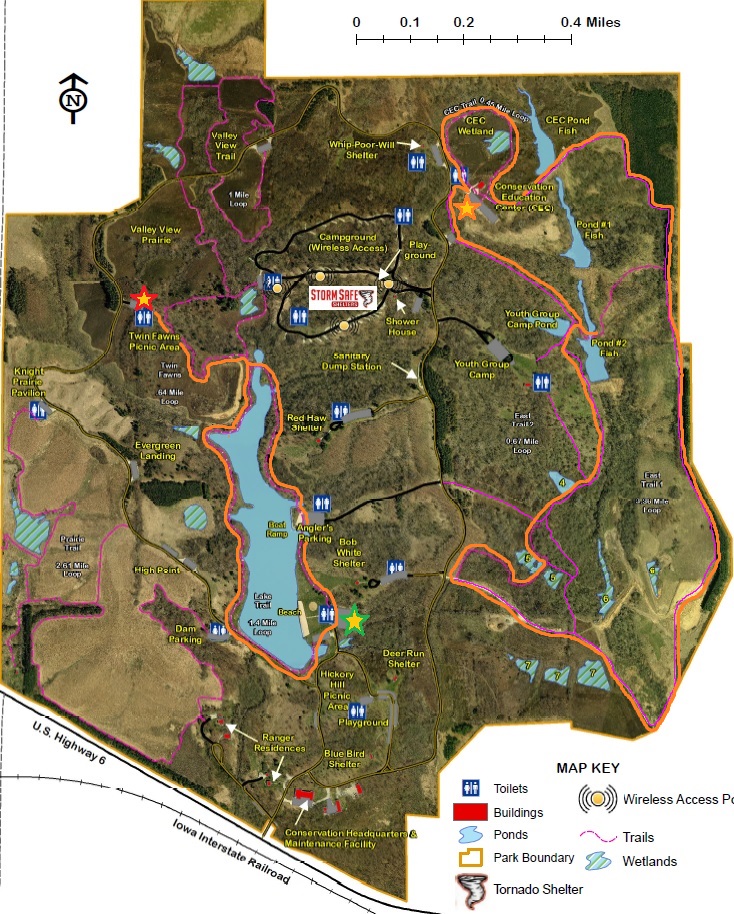 I hiked the park with my wife in two parts; we hiked the east loop then drove over to hike one of the west loops. On the website they have two different maps; the one above, minus the trails on the east side of the park, and one that only has the east trails. I took out a marker and filled in the east trails for the one I used during our hike. I just drew them in using Paint for this. The orange lines are the routes we took. (They really should just update their map to have one comprehensive map…)

As you can see, the complete trail system can be connected if you choose to do some road walking. Our hike was a little over 6 miles, and I suspect you could stretch that out another 4 miles at least, if not 5. 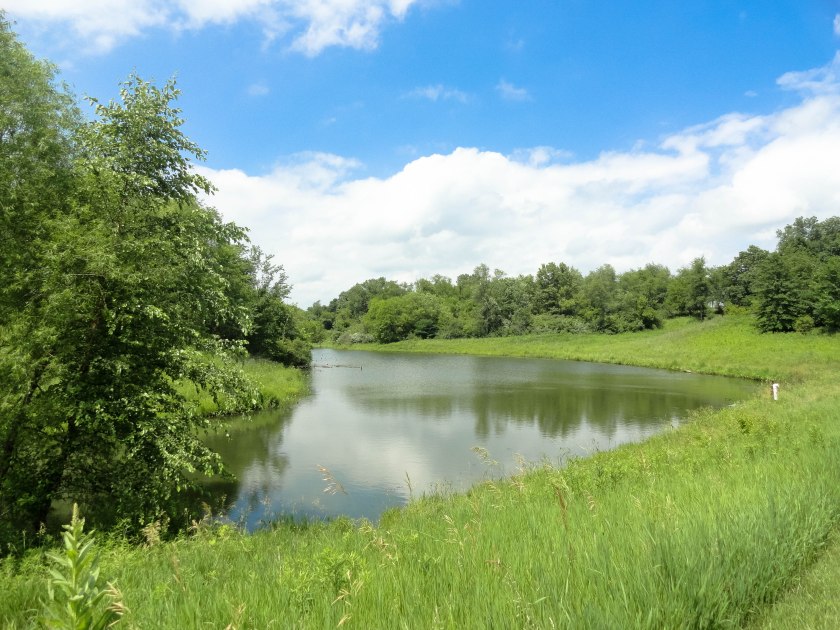 We started our hike at the Conservation Education Center (orange star) and checked out some of the natural science items they had inside. Then we stepped out and started on the nice little nature loop they had just to the north. I could easily see taking baby girl there so she could play inside and go for a short stroll to check out anything that decided to come out. Once we finished that loop the eastern trail began at the parking lot. Now the first section on the furthest eastern edge of the park was really the only mundane portion of the hike. It was a simple straight line of mowed grass that had a constant gradual descent to it as we headed south.

Which meant that once we hit the southernmost point and began our return north, it was a steady climb. In all honesty, the park is made up of rolling hills aside from that easternmost trail. The view was nice though. 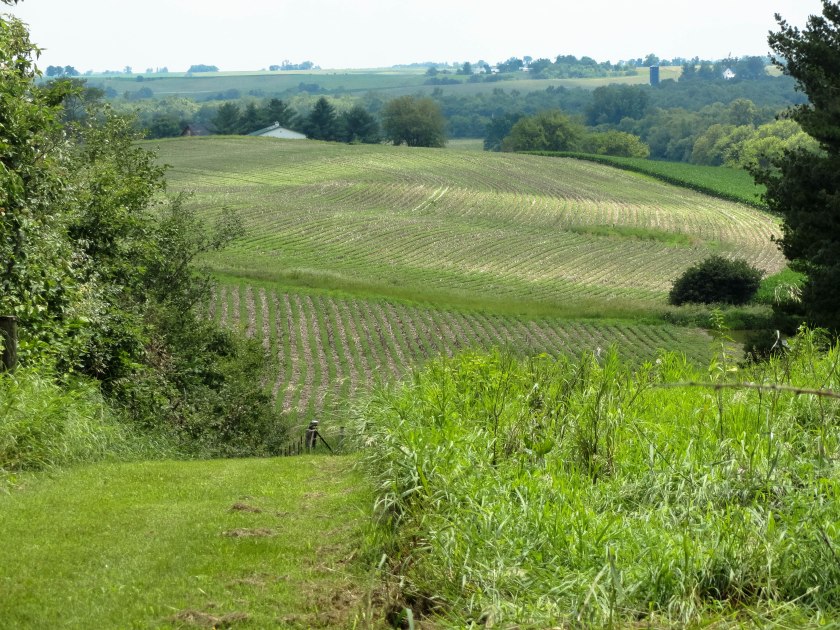 As we continued north we began to see more and more ponds, full of croaking frogs and algae. Some of them were quite pretty with the bold greens contrasting with the rich blue skies. There were also a couple bridges along the route that always causes my wife’s mood to perk up. While the east loop did mainly stick to being grass, a few spots did turn into a worn trail in the more wooded sections. 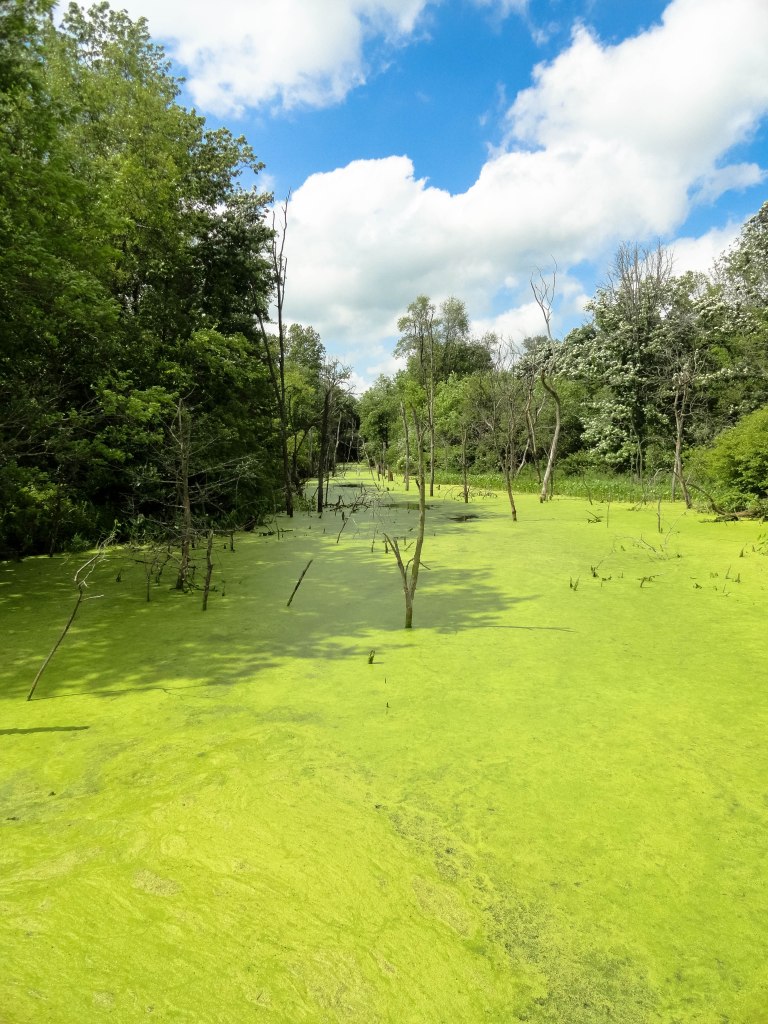 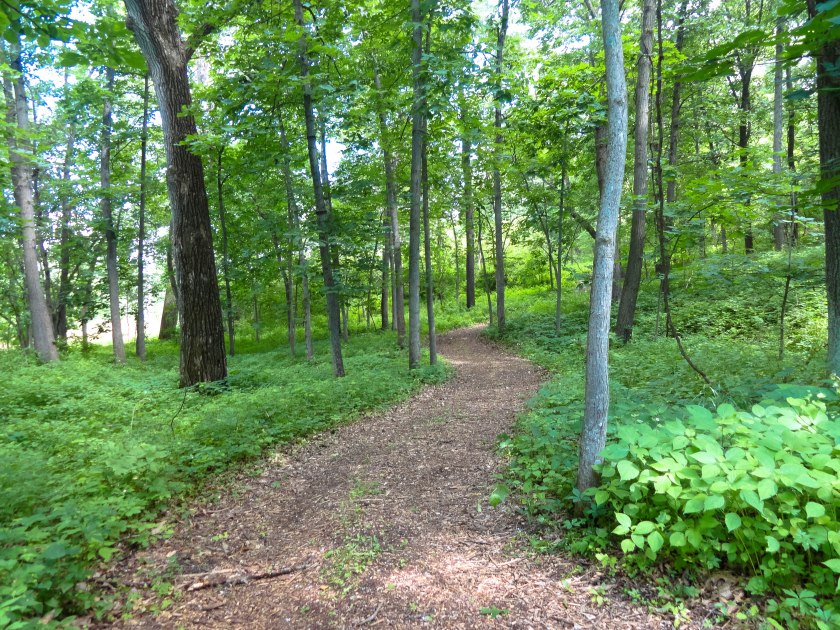 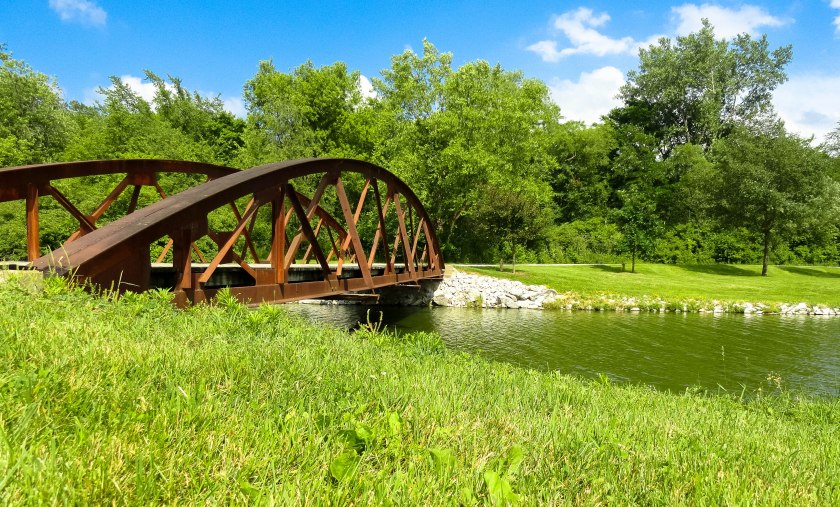 Once we hit the actual Lake Loop we both agreed that this was by far the best trail in the park. The park service has put a lot of work into that area of the park. It makes sense as it is the main draw after all. Like I mentioned just second ago, there is a nice beach on the southern side of the lake, and on the north end you have all of the camping and picnic areas. So it is only natural that they build up that part of the park for park visitors. 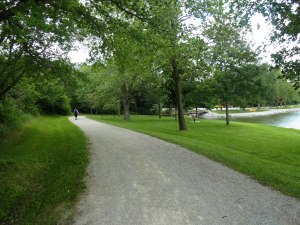 The trail was a very nice crushed limestone, but the neatest part was all of the bridges. Which my wife was super excited about, it is literally her favorite thing about hiking. What makes these bridge unique, is that they are all reclaimed bridges from other parts of Iowa. There is a pretty large one that the Iowa National Guard flew in under a Chinook helicopter. The day we were going through a wedding party was getting their pictures taken in front of that bridge, so we had to wait a bit before we could sneak through. From there we crossed over the dam and moseyed back up north to the car. 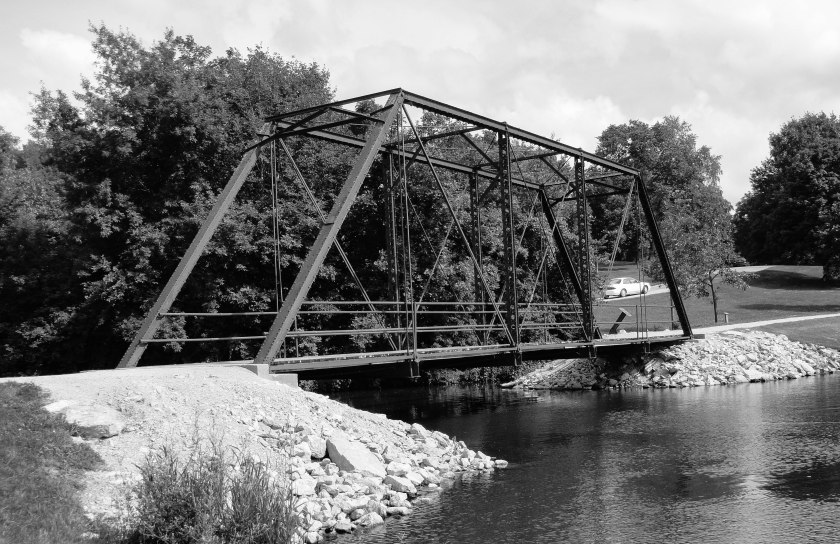 When you make your visit to FW Kent Park you should always bring food, water, and a map, and the other map. The 6+ miles took my wife and me 2.5 hours. Now you can hike as little as a couple of miles to almost 12, so bring more than you need if you are going long (better to have too much than not enough). If you’re just going for a walk around the lake, then yes, you don’t really need anything. Just be aware of your abilities and related needs. There really isn’t anything difficult about this park unless you’re not ready to push yourself on a longer distance. 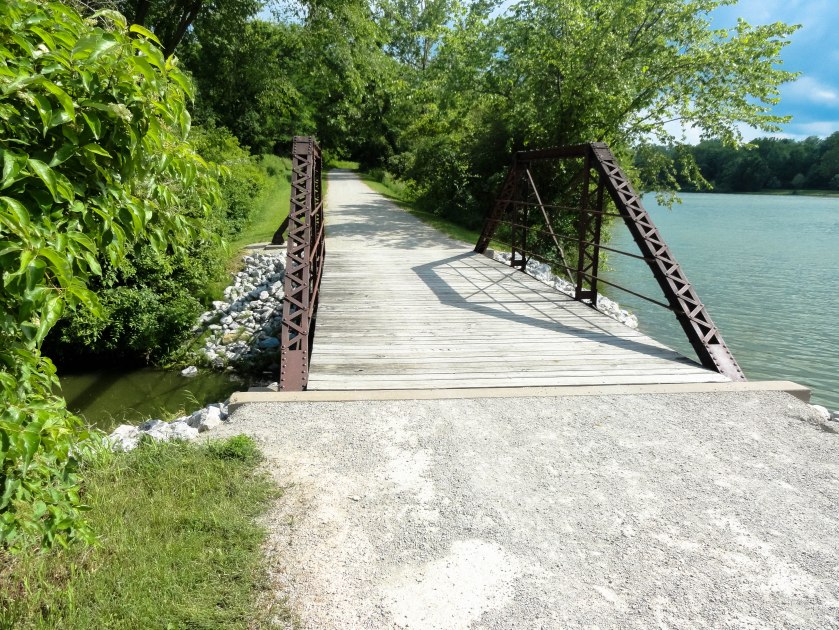 Once again my wife and I really enjoyed ourselves at FW Kent County Park and will give it another go. It was a very pleasant hike on a beautiful day. I hope you find yourself circling it on your map of places to check out. 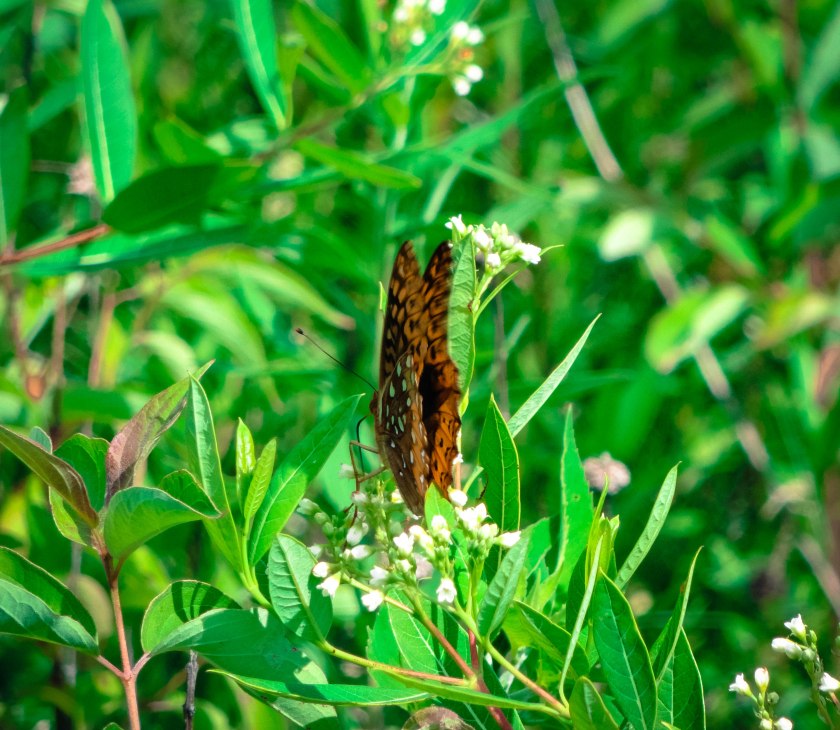 (P.S. If there is a bridge in the picture, my wife had the camera.)