McIntosh Woods State Park is located on the shores of Clear Lake in north central Iowa.

The park is a short little hike that I checked out during the fall of 2016 with my hiking buddy Jessie. It was a three part tour that included Pilot Knob and Beed’s Lake State Parks. I’m just now getting to the trail report do to an editing issue. Jessie had just purchased a camera and was taking it on his first hike. Well, he wanted to make sure it had a full battery and ended up leaving it on the charger. I just happen to have the same camera, but only one battery (which I’ve since purchased a second one…). Since I had my camcorder, I decided to let him use my battery so he could use his new camera, and I would just stick to the video.

So after we got home, he gave me the photos to use. Long story short, I had to upgrade my software to help edit the photos before I was able to post them. Don’t forget to pop on over to YouTube and watch the video, and now on with the trail report. 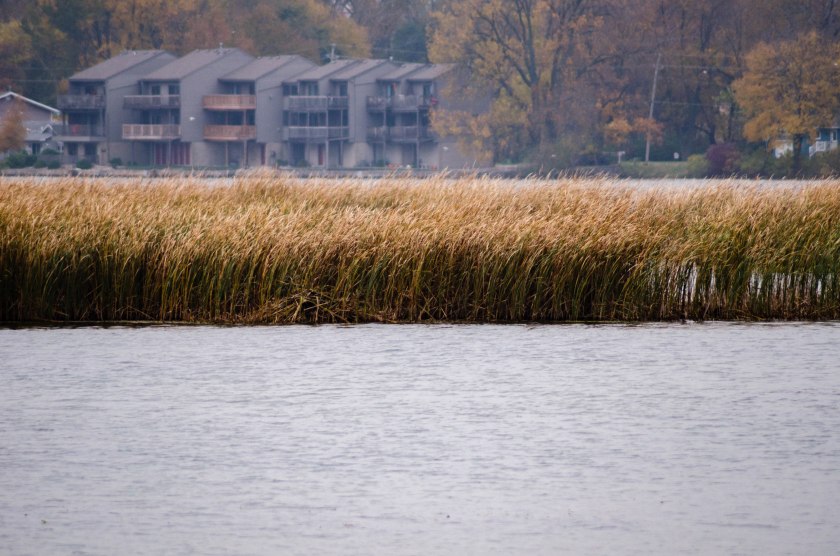 Now one issue I have with trying to explore as many state park trails as I can get to, are the parks that only have 1-2 miles of trails. For instance, this one only has about 2 miles of trails, but it is a 2.5 hour drive. So it’s 5 hours of driving for an hour (or less) of hiking. So to help accomplish this, I’ve come up with what I call hiking tours. I sector off the state and find ways to have a goal hike of a moderate length, then find the short ones near by that I can combine into a “tour” that can be achieved in a single day. This one started with an early drive to the target of Pilot Knob, then had stops at McIntosh Woods and Beed’s Lake on the drive home. It works quite well for justifying the drive to the shorties.

Now as I’ve eluded to, McIntosh Woods can be quick. The red is the route Jessie and I took in a clockwise manner. In total we logged 1.83 miles. The elevation was pretty much flat, but that doesn’t mean this park was without character. From the parking lot (P on the map), it’s a few dozen yards to the beach. They have a sign that warns of zebra muscles, so make sure to wear your shoes if you decide to go for a dip. Now one thing that was very apparent, this is a very popular fishing lake. There were boats and birds everywhere. 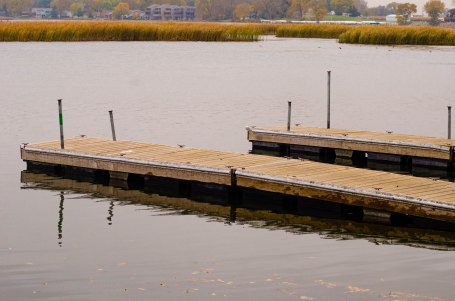 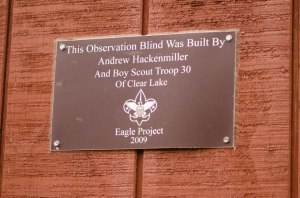 After we’d had our fill of the sand, we turned around and headed northwest. The trails were well defined and easy to follow. The first surprise we came across was an observation blind built by a local Eagle Scout. Scouting is one thing I wish I never quit back in the day, so I appreciate the work done by those that achieve their Eagle.

The blind overlooked a pond with plenty of vegetation and such to provide for some nice scenery to accentuate the scene. On this day the only activity we had were a couple of mallard ducks bathing.

The next stop on the trek was at the northwestern edge of the park where the two yurts are located. Now these yurts still have my interest sparked. Ever since that hike I’ve kept them in the back of my mind as a  place to take my wife and toddler. I’ve never stayed in a yurt and I’m kind of curious. Iowa DNR, needs to start reading my stuff and hook me up! 😉 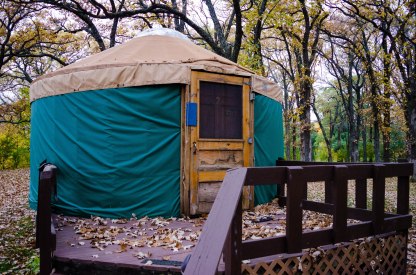 Now, I’ll be honest and say that at this point the mosquitoes were wrecking us. They decided it was time to appear. That is one risk with parks near water in Iowa. We pushed on harder at this point. Once we got a little further into the eastern portion of the trail they did lessen in their veracity.  Now one thing we were bummed about is that we never did find the goats that were supposed be hanging out at the park. There was/is an issue with an invasive plant that the goats targeted. So the state rented the goats to attack the invasive vegetation. Unfortunately, the weather must have been risky to allow them to roam on the day we visited.

The last thing to touch on is the eastern border. On the eastern edge of the park is the Iowa Regular Baptist Camp. Now I have to admit, it looks like they have some pretty cool stuff over there. We peeked across the no trespassing signs trying to figure out what they were, then headed back to the car.

All in all it was a nice little hike to add on to the day.

As far as challenge, there wasn’t really one. I think anyone can hike this trail. It is by far short enough to not challenge anyone to the extent that they would need food and water. After all, it is only 1.83 miles. The biggest challenge with this park is keeping the bugs away. 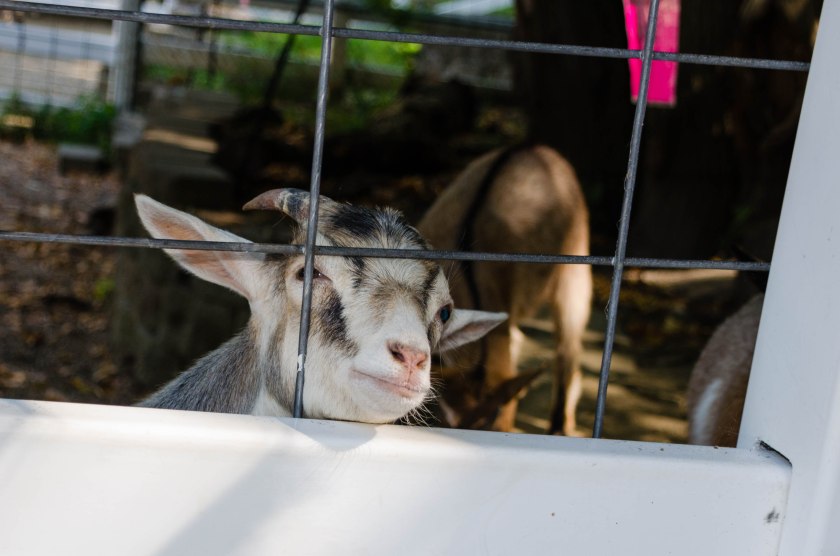 If the goats are still there and out munching on the invasive grass, all the better!

I hope you get out and enjoy your hike!

The Omaha zoo was a huge success! Although we did not plan for it correctly. This is an open to close experience. CJ had a blast regardless! Especially the seal exhibit. Need to plan better and visit counter clockwise next time.
Earlier this month we snuck over to Omaha to visit the Omaha Children’s Museum. CJ had a blast as we just ended up following her around. Their main exhibits were about space and India. The ball launcher was a big highlight as well!
So I waited a day for it to fully settle in. After 13 years I’m making the big change from a nuclear security force member, to a full time photographer. Not entirely by choice, but the closing of the plant has opened an opportunity that will provide me the ability to be more creative and still provide for my family.
With the layoff happening soon, and taking the leap of faith to go full-time photog, I was looking for a weekend to decompress with the girls.…
Doing some midnight grillin’. A little steak, salmon, and shrimp needed some cooking. Been in the freezer for a while. The grill is on her last legs, but she doing her job tonight. These night shift sleep schedule evenings are going to be coming to a close soon. Full time photog here we come!
Things are heating up! Trolls! Quidditch!
Follow The Iowa Hiker on WordPress.com
Join 116 other followers
Loading Comments...
%d bloggers like this: